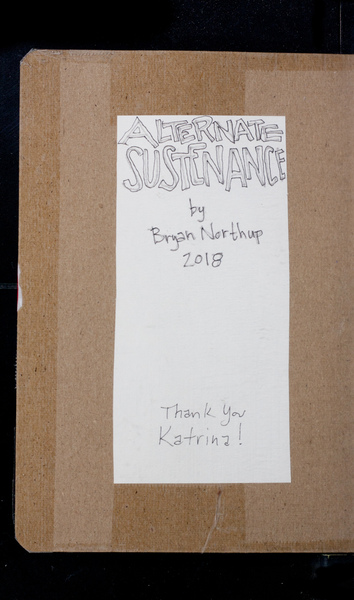 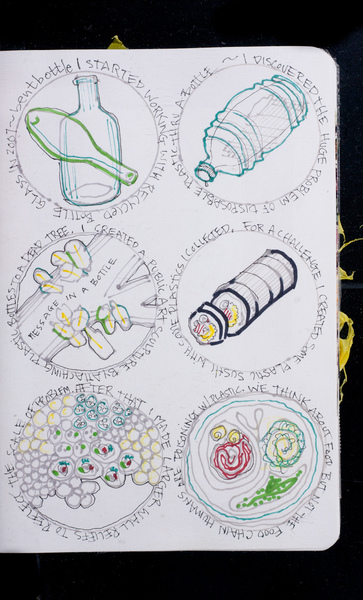 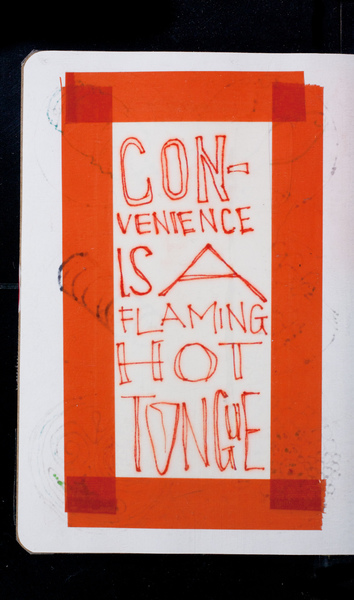 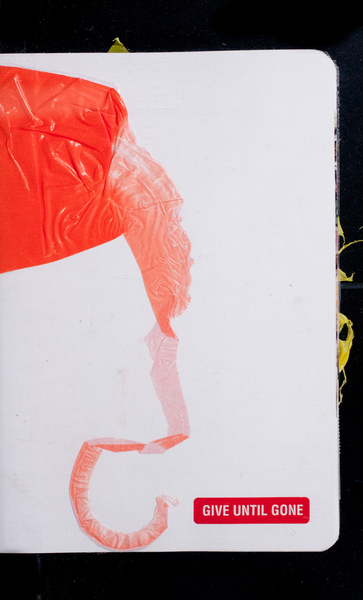 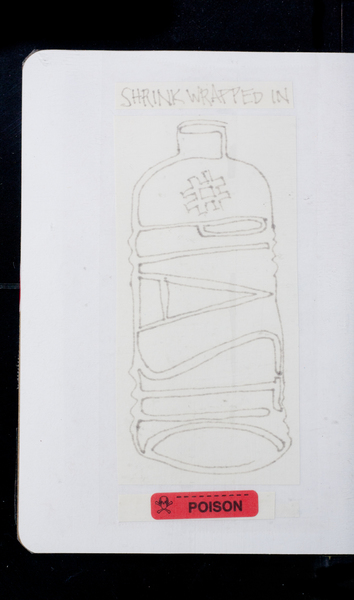 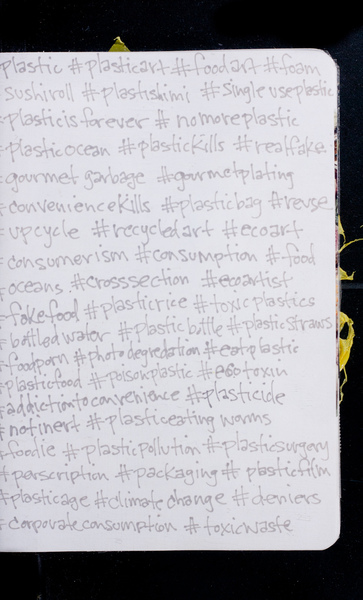 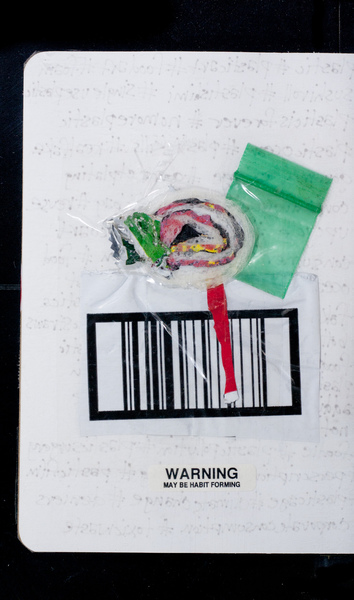 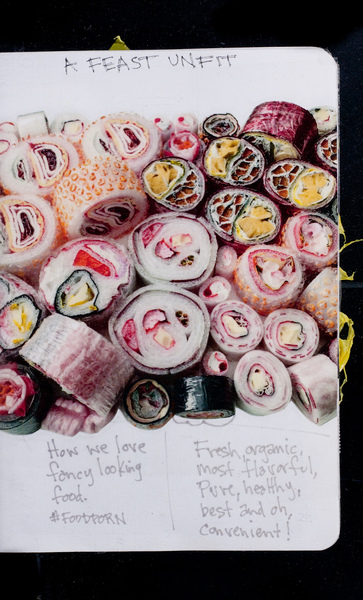 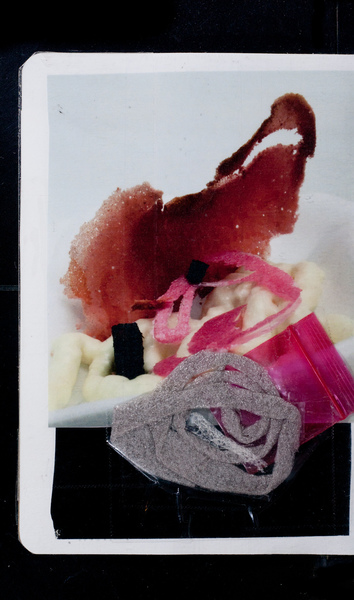 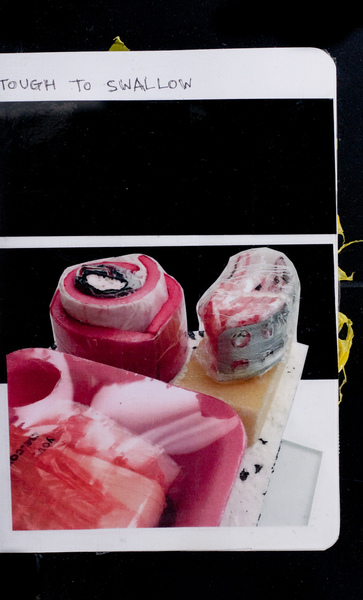 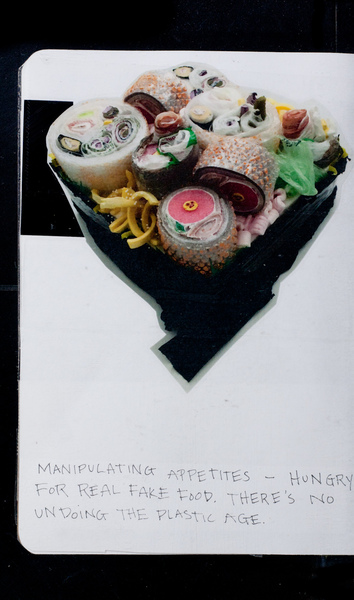 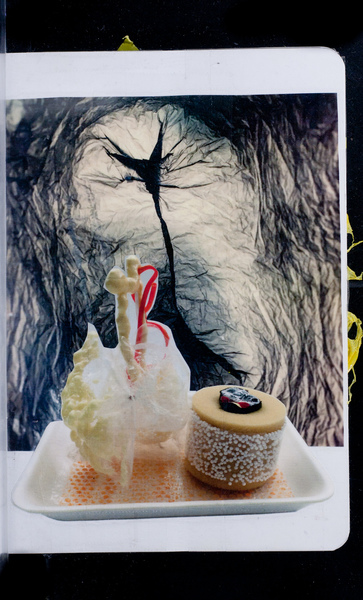 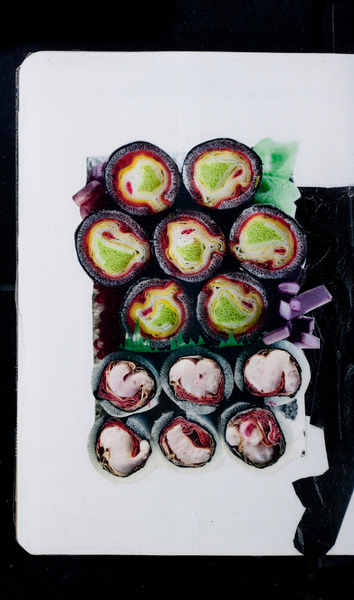 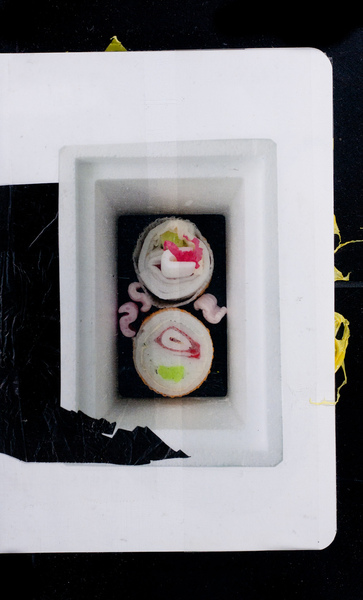 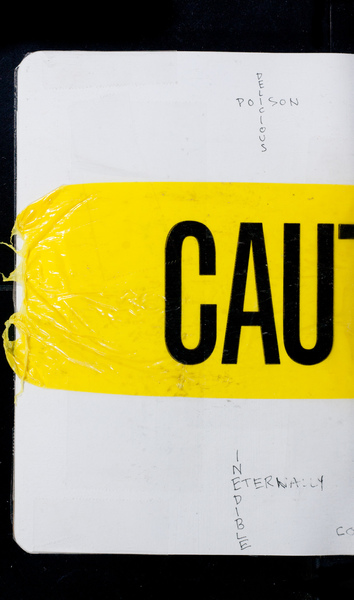 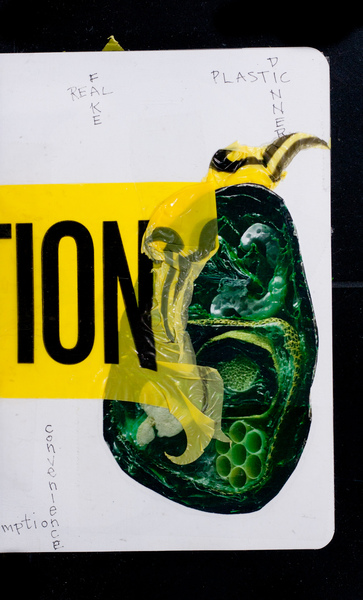 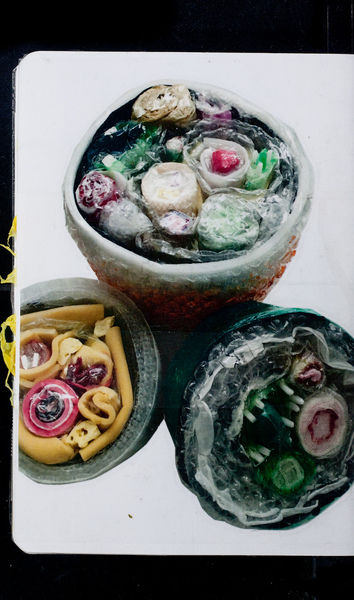 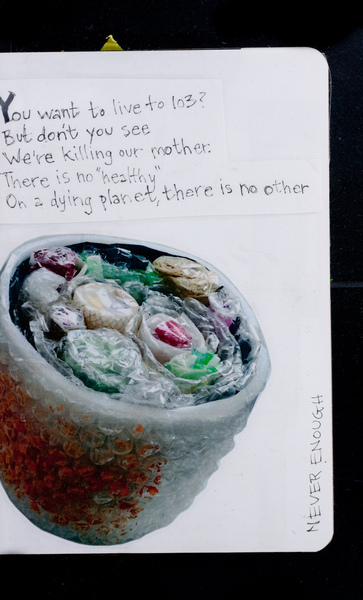 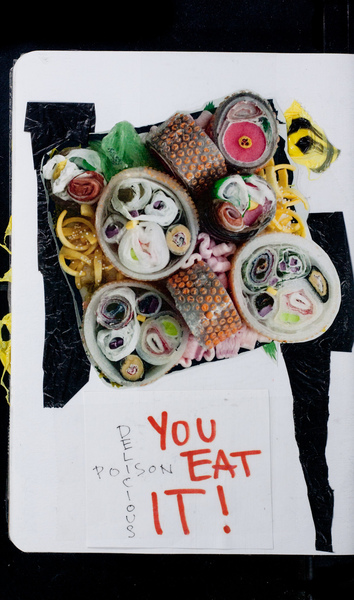 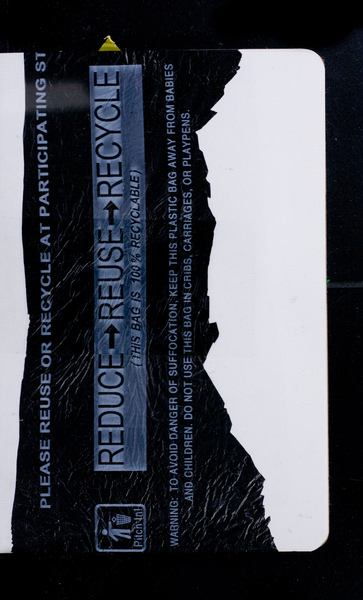 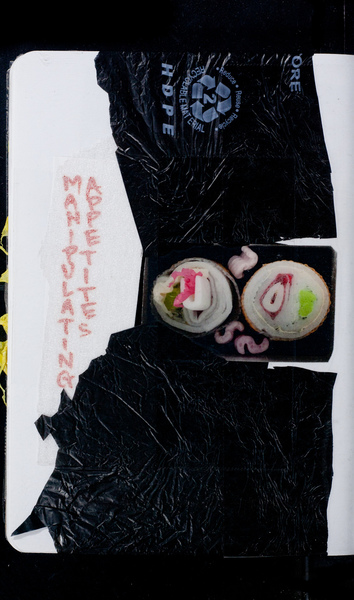 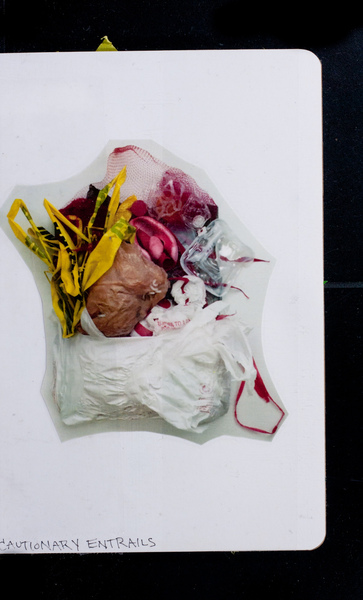 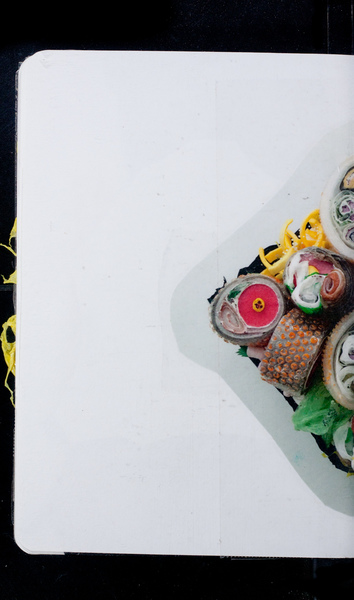 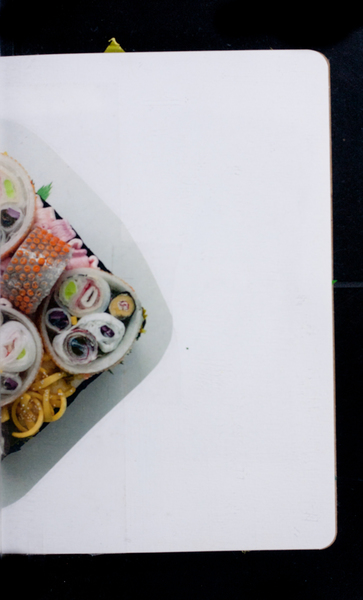 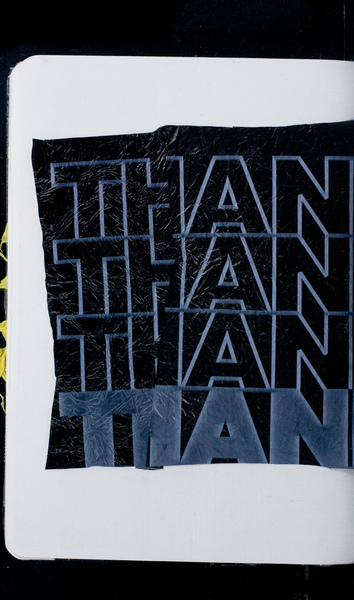 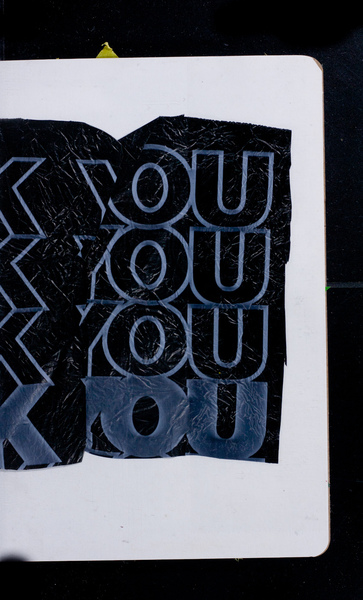 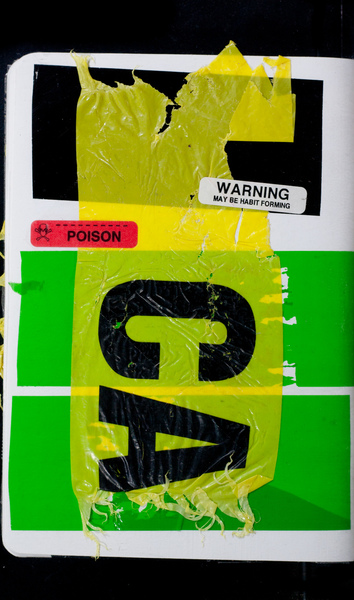 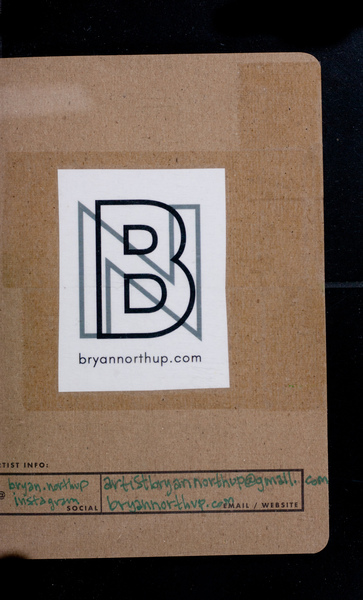 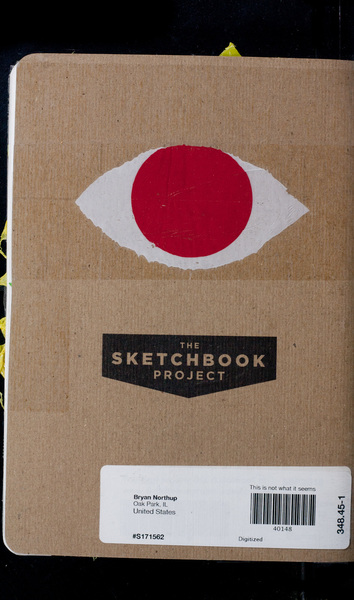 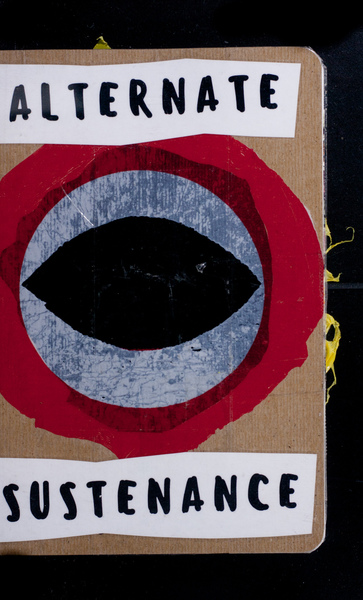 I have never been good at keeping a sketchbook. I have filled plenty of first pages but never made it to the end with a full middle. I hope to change that with this sketchbook. I am an interdisciplinary visual artist who has worked extensively with glass for some years but in 2015 switch modes and mediums to work with a much less glamorous material, plastic.

It started with a dead tree I attached hundred of plastic beverage bottles to and from that point I felt I had to tackle this problem of what plastic is doing not only to the environment but to our bodies and beliefs.
So I started collecting single use plastics, bags, wrappers, bubble wrap, foam packaging, produce nets and so much more. I started by rolling layers in the manner of sushi, slicing it up and serving it on large wall reliefs. I am twisting, melting, gluing plastics into compositions mimicking food, a massive feast unfit for consumption. The sheer abundance of raw material and the challenges of using this found plastic as an art medium has led to several developing series in a larger body of work that examines modern society's appetite for convenience and dependence on this toxic material. I'm presenting a very appetizing yet inedible banquet.

My sculpture and assemblage work is multi-faceted, some works directly reference and mimic food, appearing to be edible, while others suggest a microscopic viewpoint, all are eye-catching and colorful - but made of trash that will last forever.
After tempting you to seriously consider eating plastic, the realization is that “You have a choice, but other beings on the planet unfortunately do not because of human dependence on plastics.” I hope to call into question our comfortable habits when choosing and using this material and put you off your next portion of plastic.